Financial sustainability has been core to ensuring the long term sustainability of the centre. Too often, funders for technological interventions provide the capital for the initial setup but leave too little funding for operations. Thanks to The Delta, we were able to secure funding for the first two years of operations as well as the upfront costs of building the Bulungula Tech Centre.

This section relates directly to the costs of the equipment and cables purchased for the tech centre.

Sustainability was at the core of our financial projections and fundraising. As part of these costs we include funding for a full-time employee running the centre, data costs and a replacements & upgrades fund that will accrue enough money over five years to replace approximately 80 percent of all equipment. 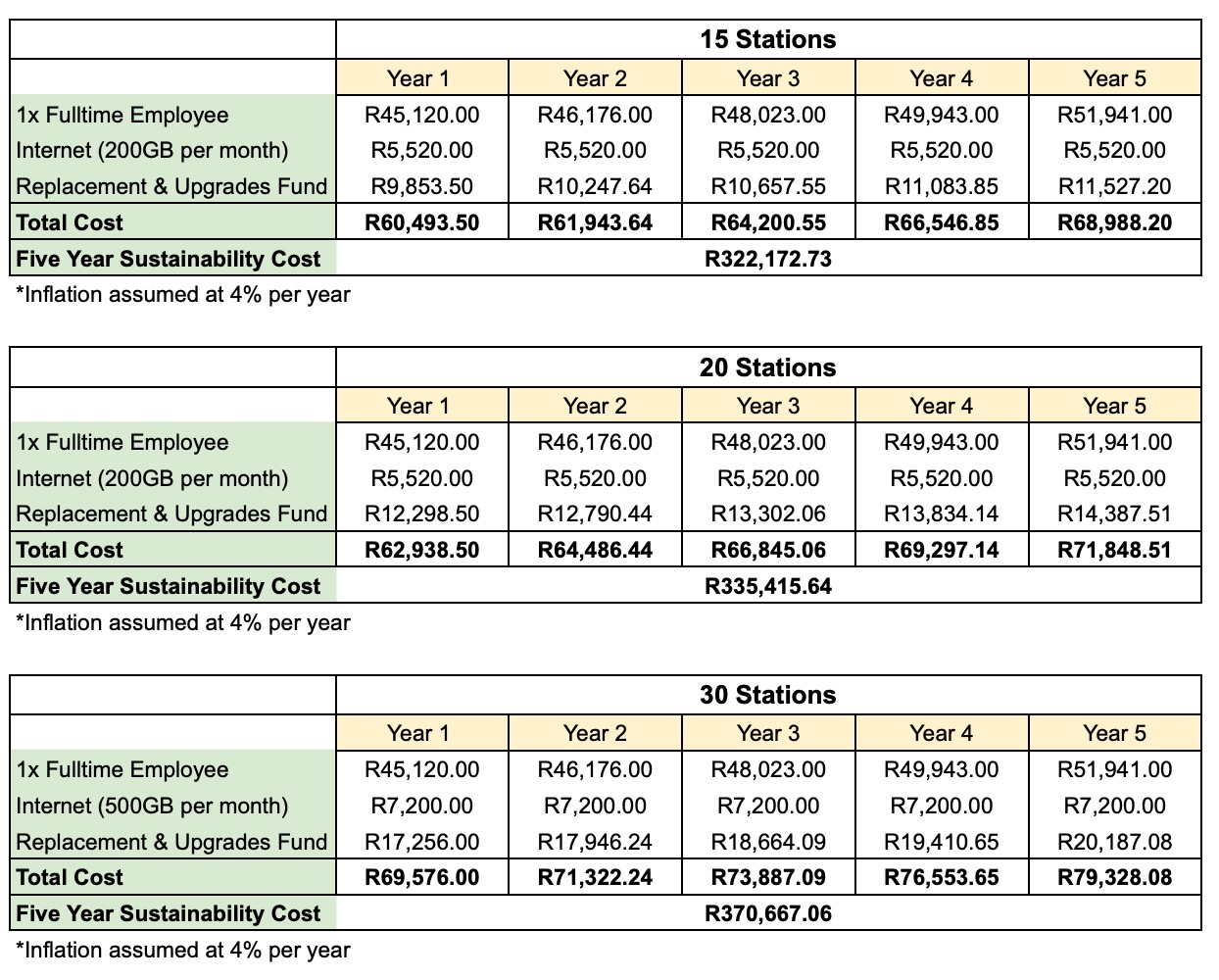 The location we were given to build the computer centre in was an unused classroom at the Bulungula College. We felt that we wanted to turn the classroom into a space where the learners who were using it felt as if they were transported out of the village and into a high-tech area. These costs may not be directly relevant to your project.

Moreover, your project may need to include the price of a new solar system and labour costs for the building tables or desks you plan to use. We were lucky enough to be able to use the existing solar system in place and had building expertise on hand which allowed us to limit this cost to the price of the wood purchased.

The table below depicts the total five year projected cost for a tech centre with a varying number of stations. In practice, these numbers could look different for your project depending on the context you’re working in, existing infrastructure available and expertise on hand. 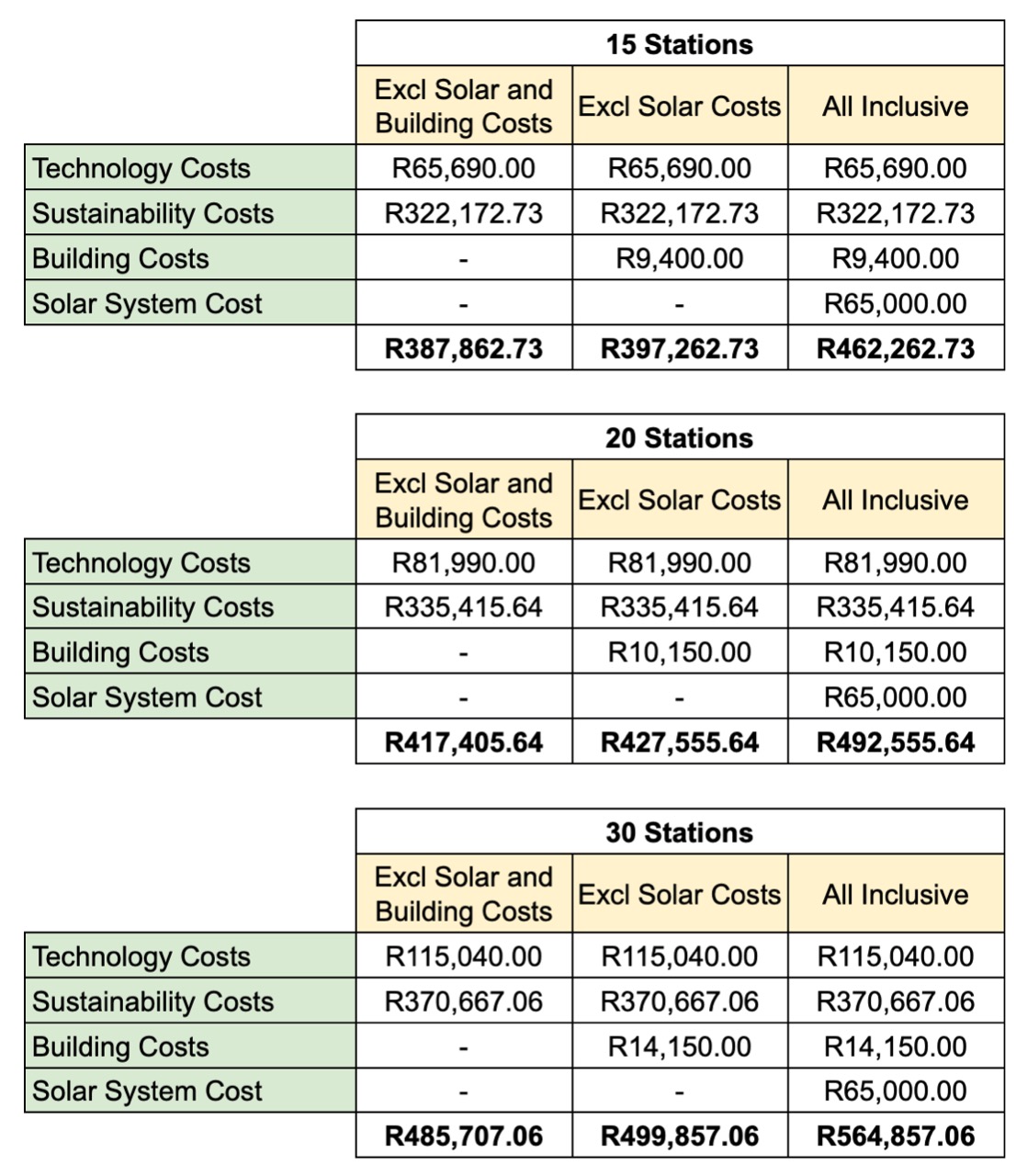